On Tuesday, Shen and I caught our first live football match together at the National Stadium and it was truly an eye-opener for me. 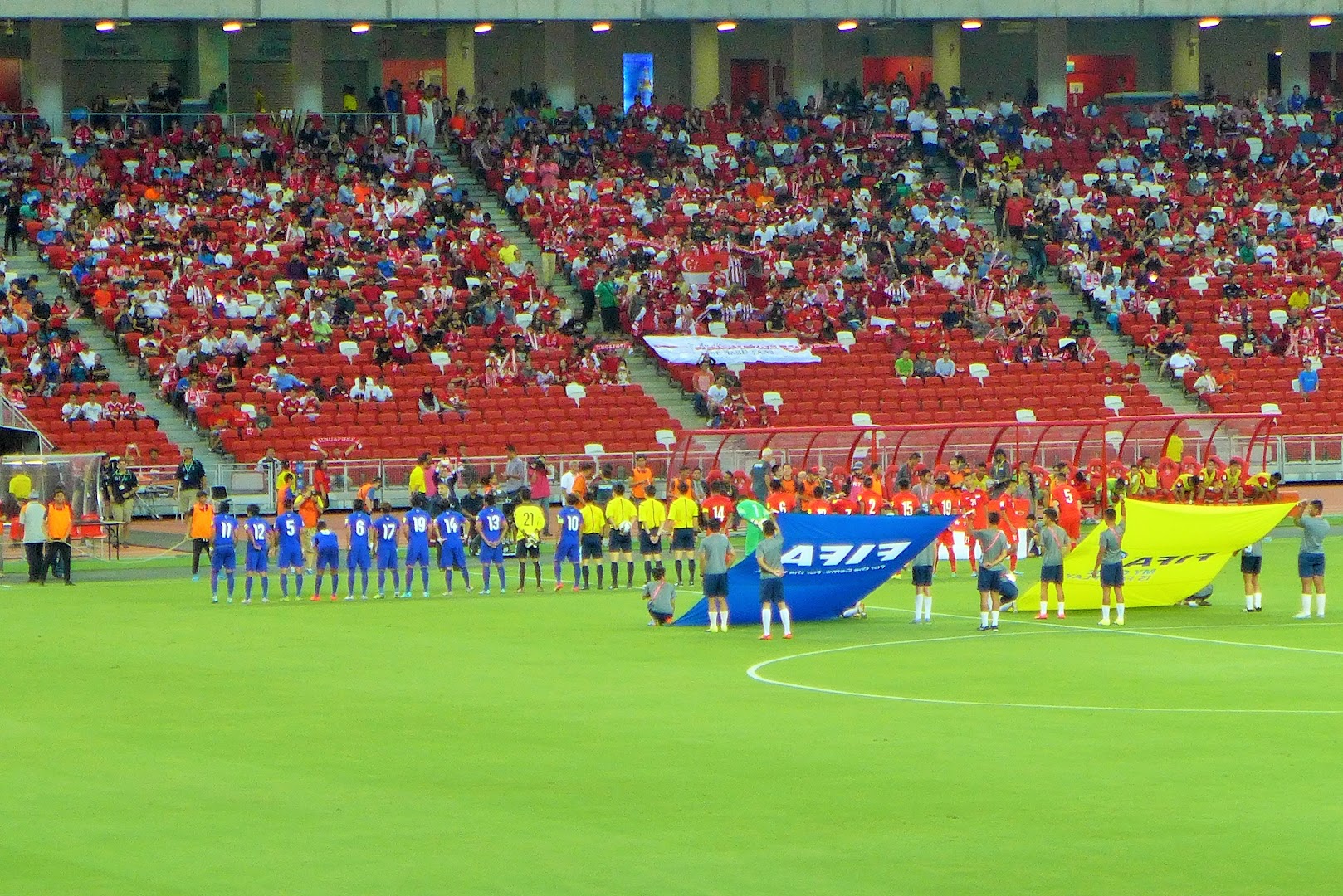 Thanks to Eleven Sports Network, we were given a pair of tickets to catch the Singapore VS Cambodia 2018 FIFA World Cup Asian Qualifiers match and I was glad to have this rare opportunity to witness a live match. 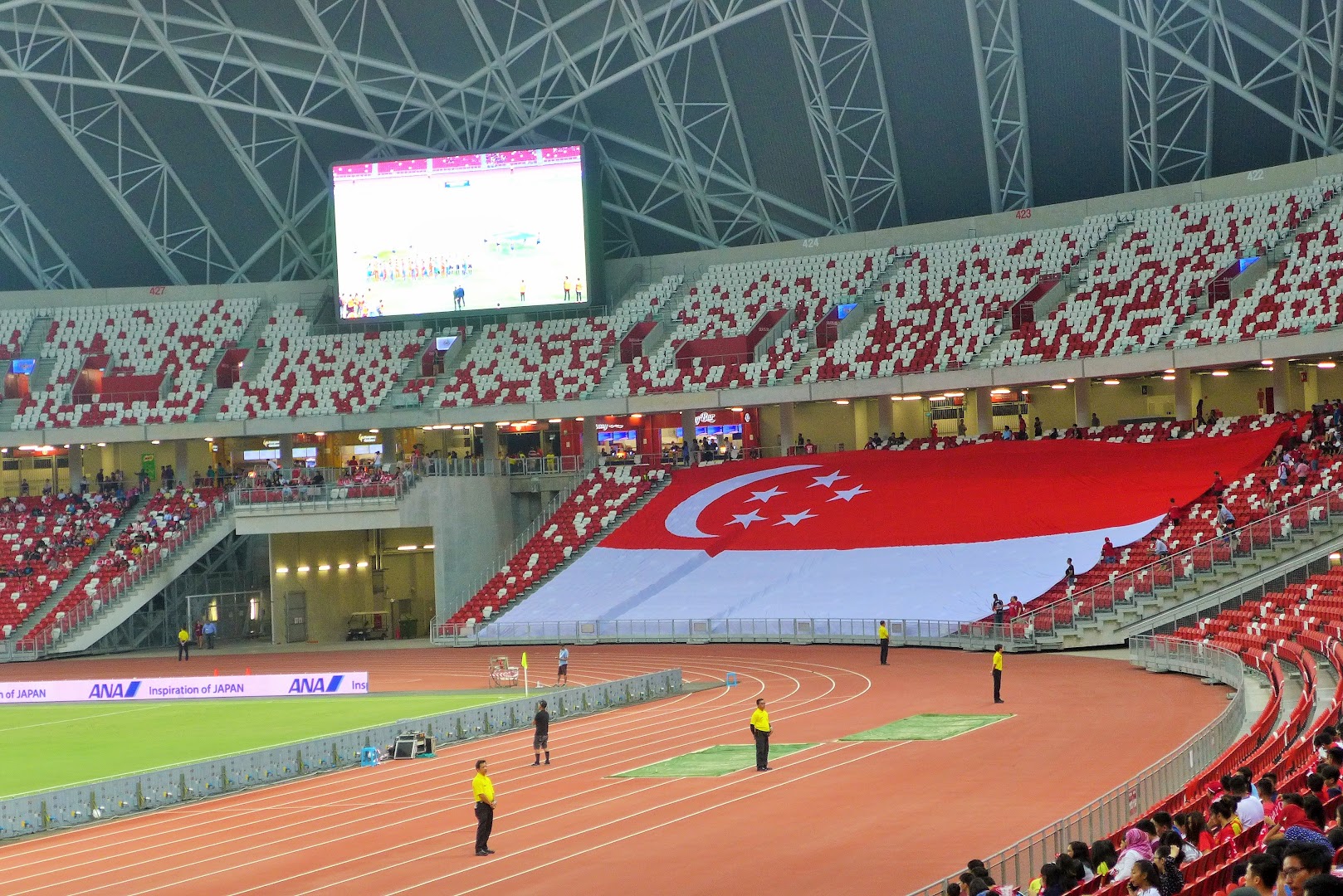 Feeling the pride when I saw this huge Singapore flag being displayed on the spectator stands during the National Anthem. 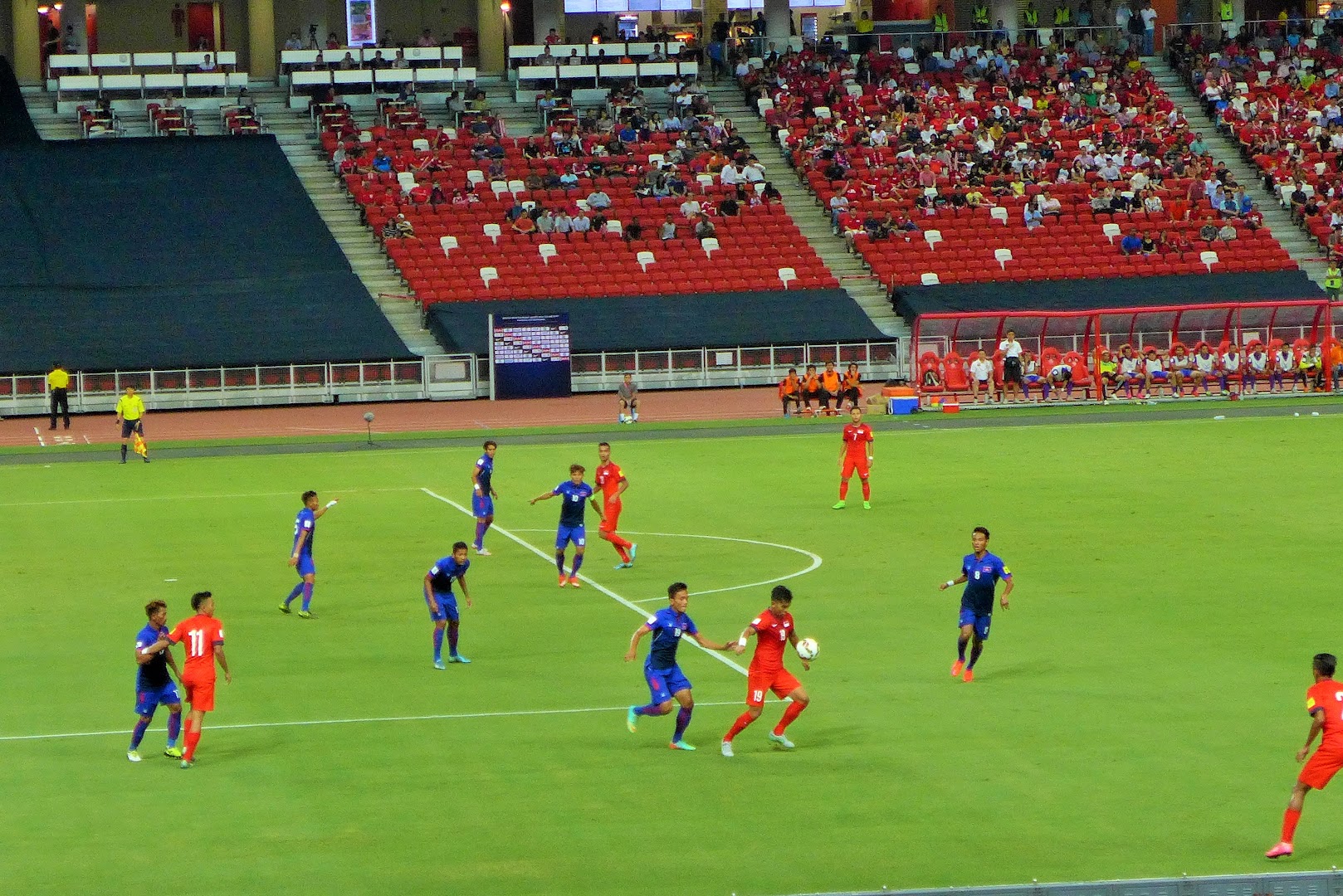 And so, the game began. GOOOO Singapore Lions!! 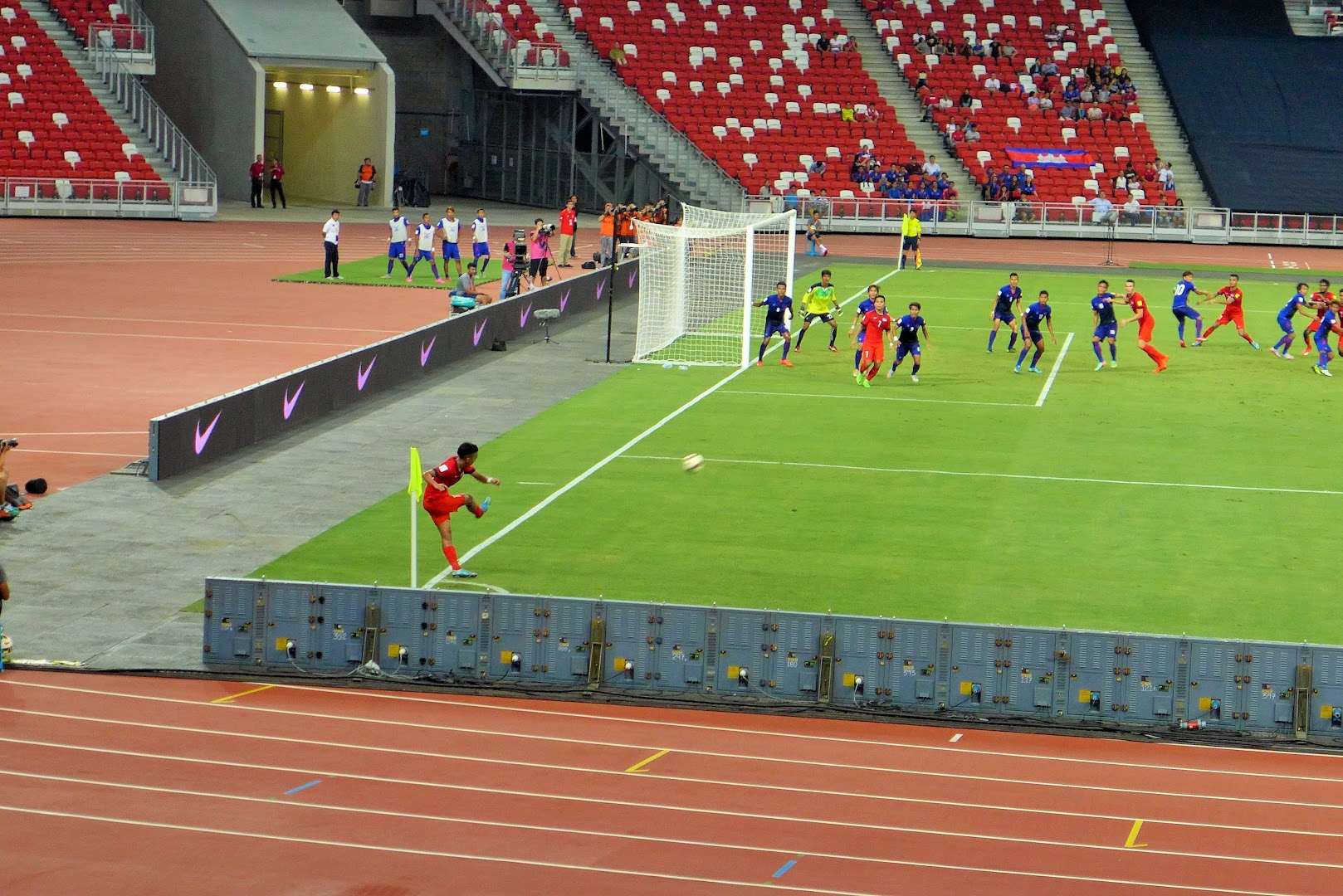 It was thrilling to see the football players chase after the ball so aggressively.

I was also impressed by their headbutting tactics because seriously, not pain meh?! 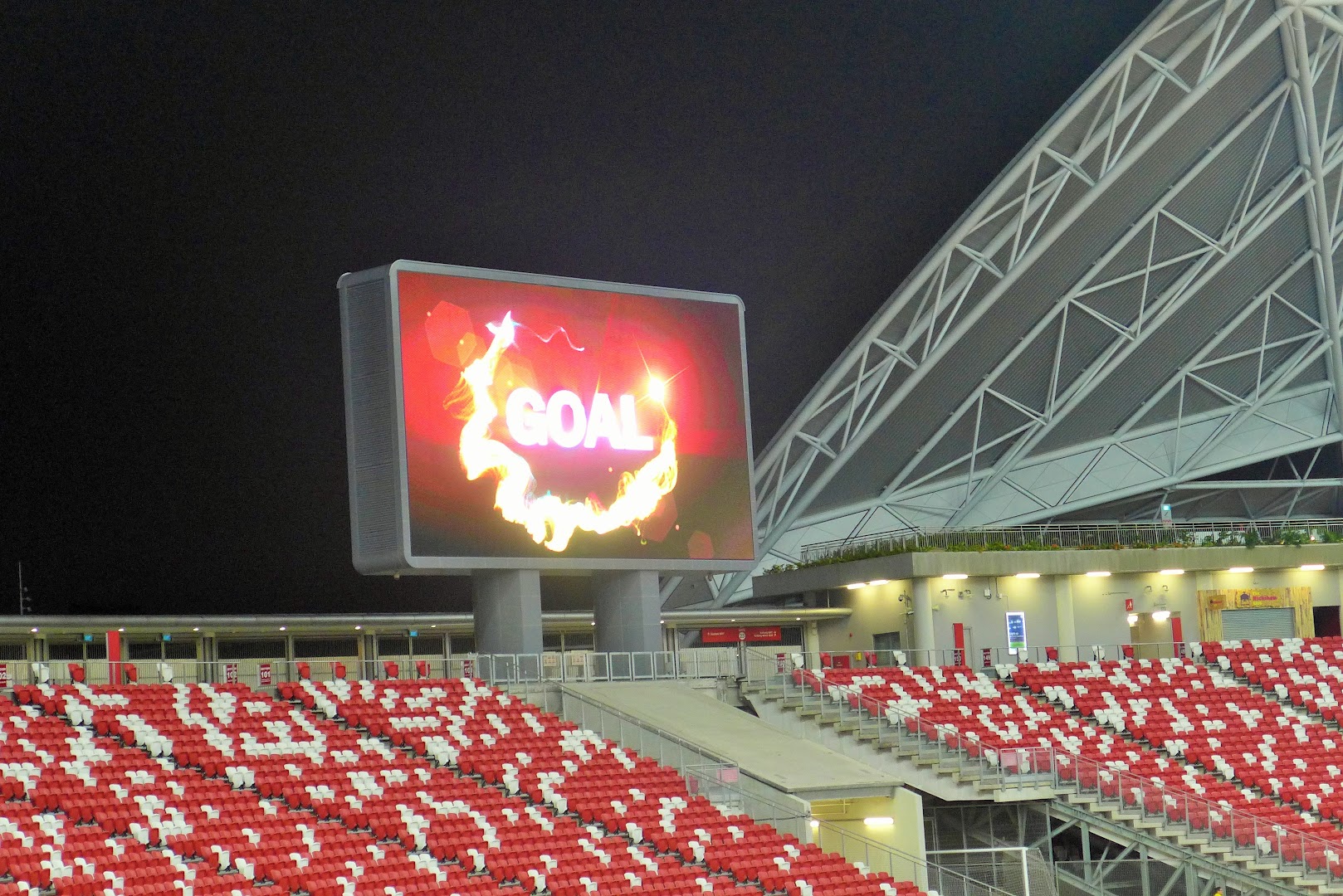 Within the first half of the game, Singapore Lions scored a goal and the crowd went viral with loud cheers. I couldn't help but clap my hands in exhilaration too. 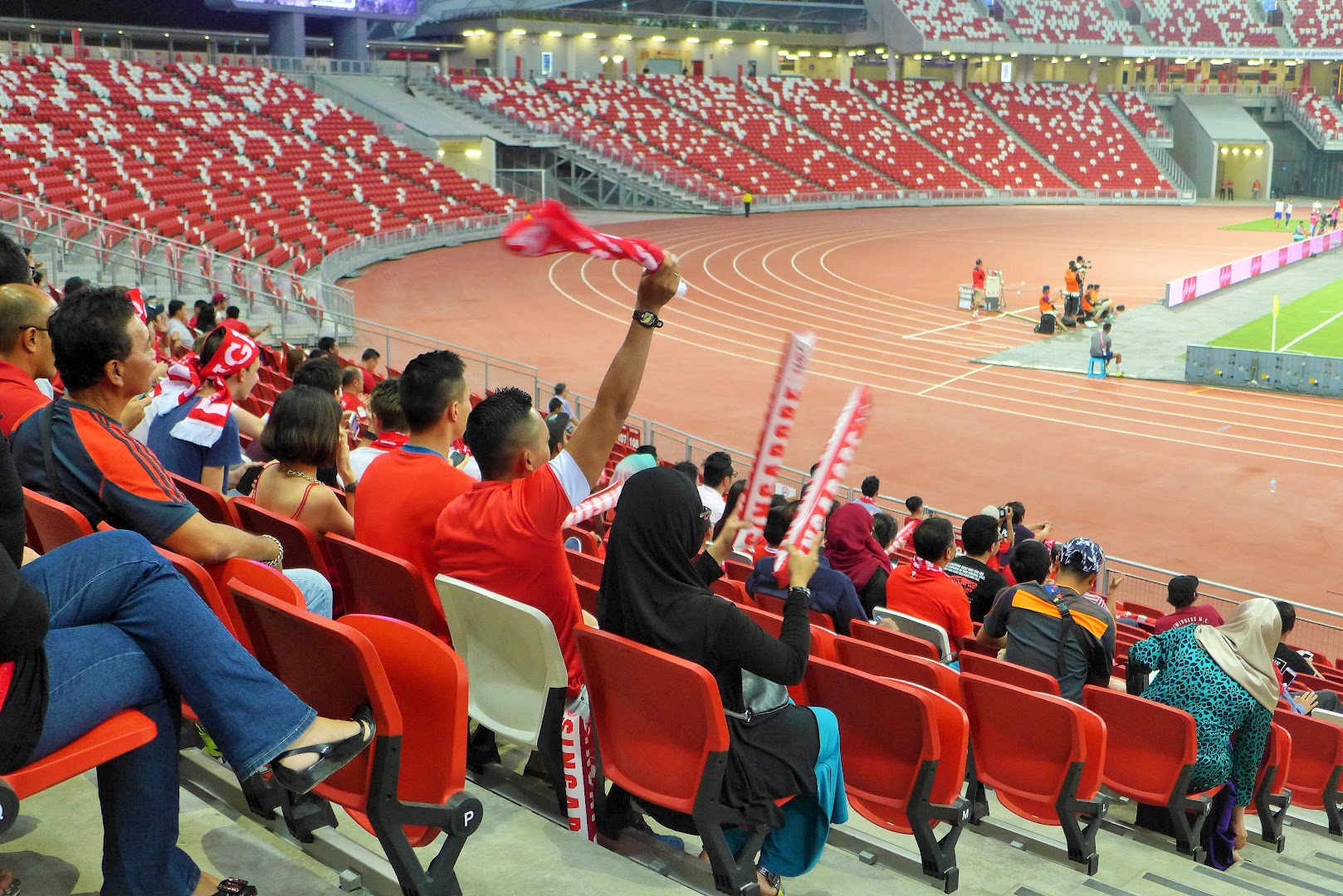 As much as I enjoyed watching the game, what really kept me entertained and amused was the intense reactions from the spectators.

Many of them were so 'passionately into the game' that each time the opponent gets the ball, they will respond with vociferous objections, 'Boooos' and name-calling. In fact, they seemed even more affected than the players themselves. :D 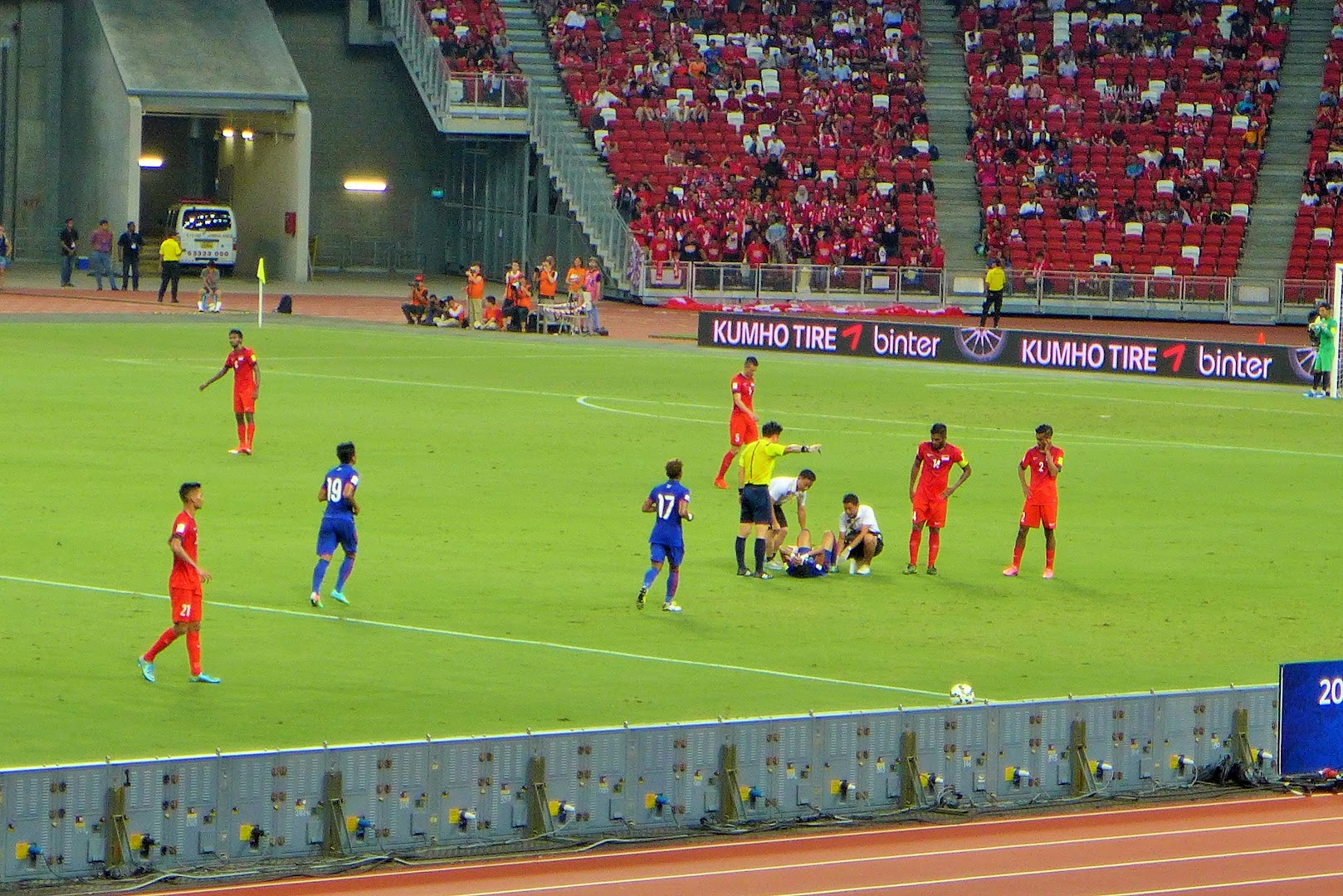 In an aggressive game like football, injuries and foul plays are bound to happen. 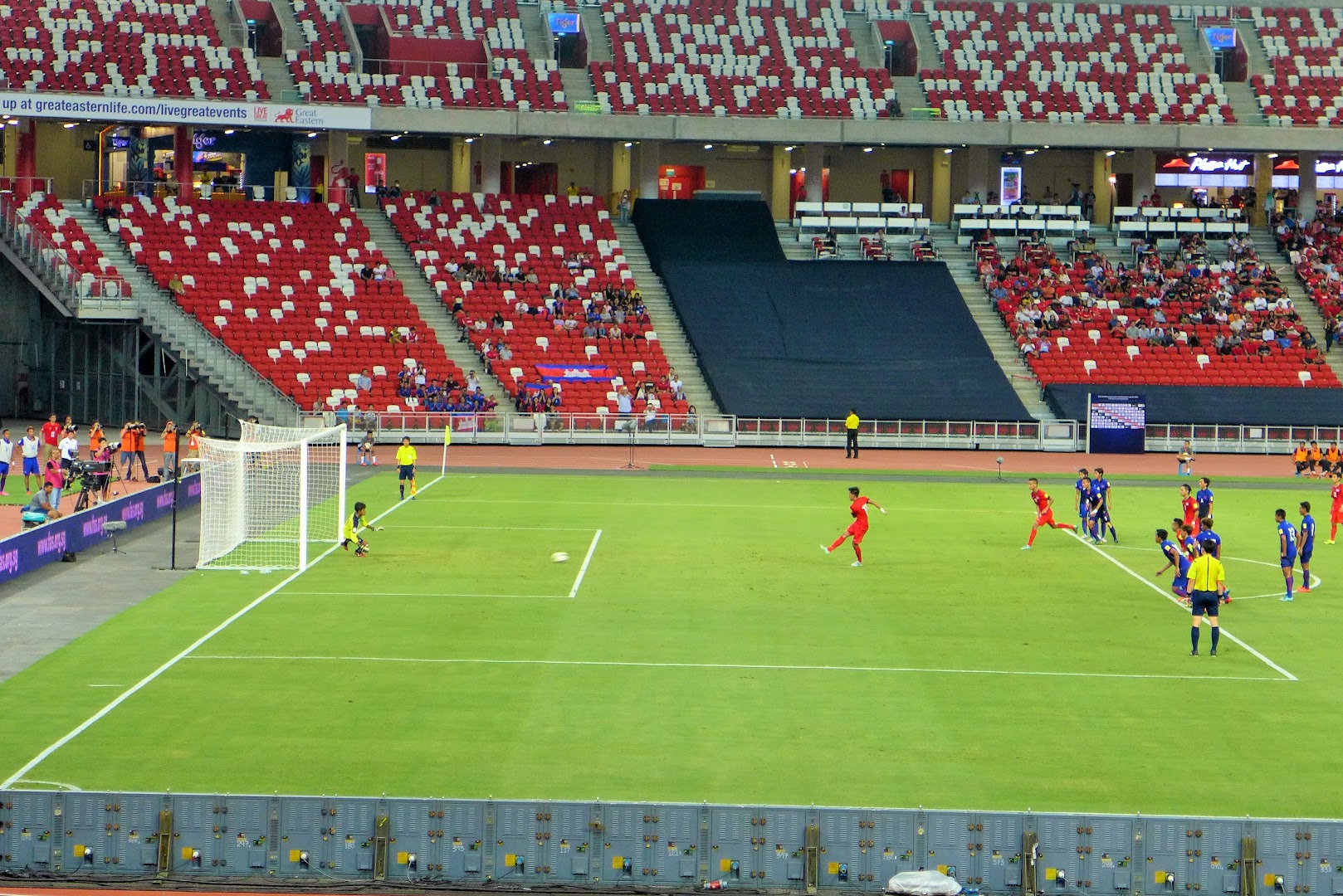 It must be very stressful for the Singapore Lions player to kick this ball because the crowd was cheering 'We Want Goal!' at the same time. 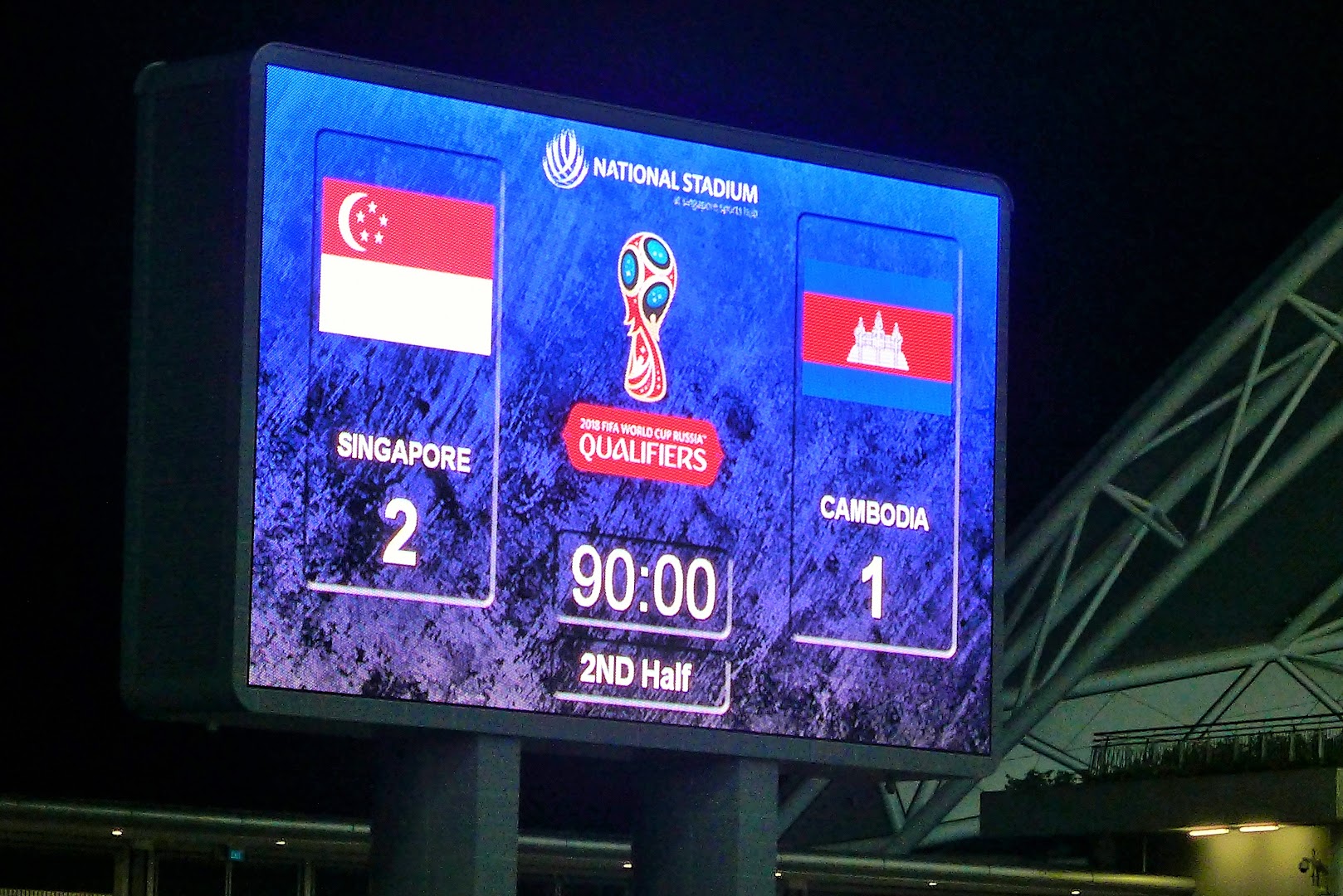 By the end of the match, Singapore Lions were leading with a score of 2:1 and yes, they won the match eventually. 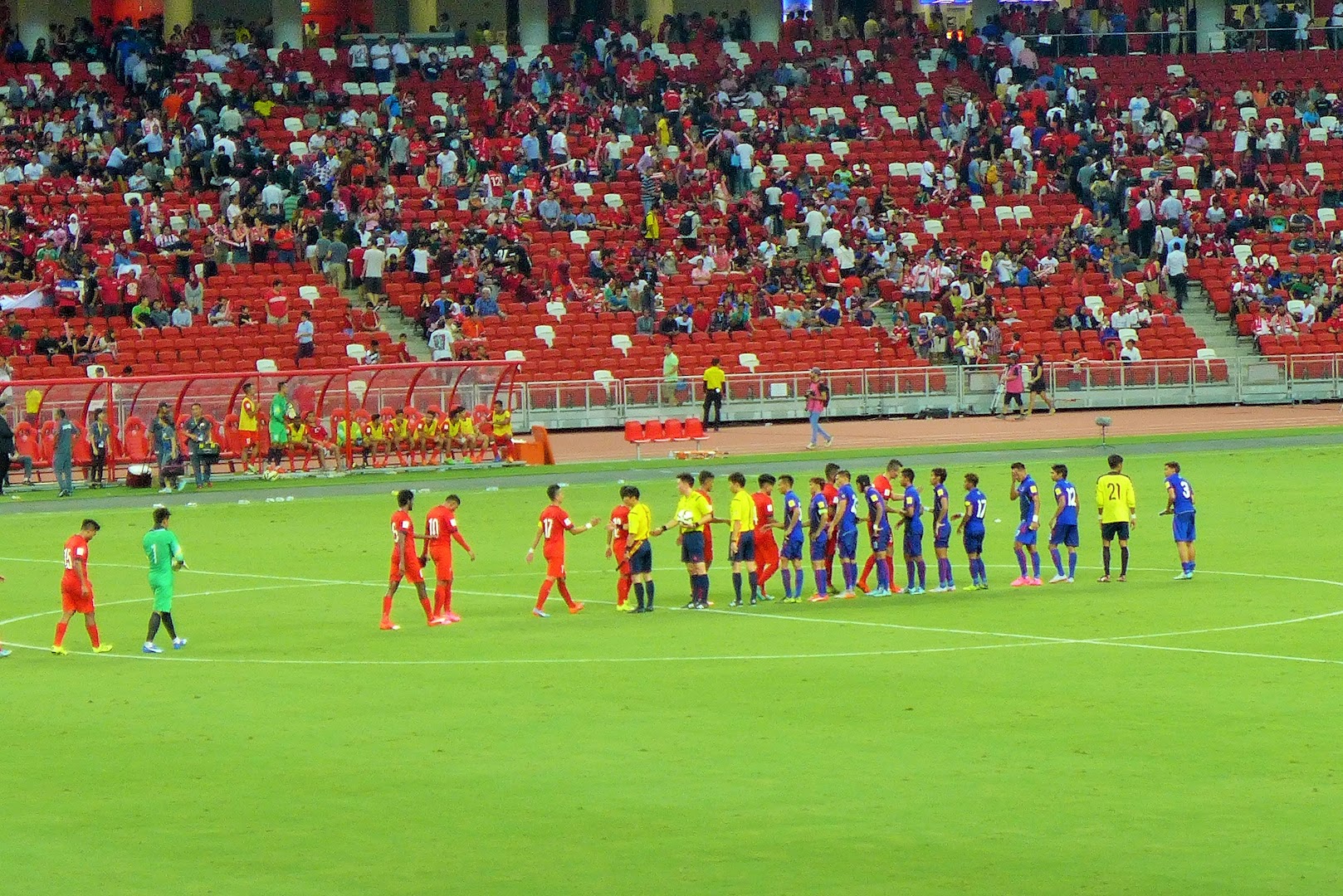 In a competition, there can only be one winner.

Nonetheless, thumbs up to both Singapore and Cambodia teams for doing their best on the field. :) 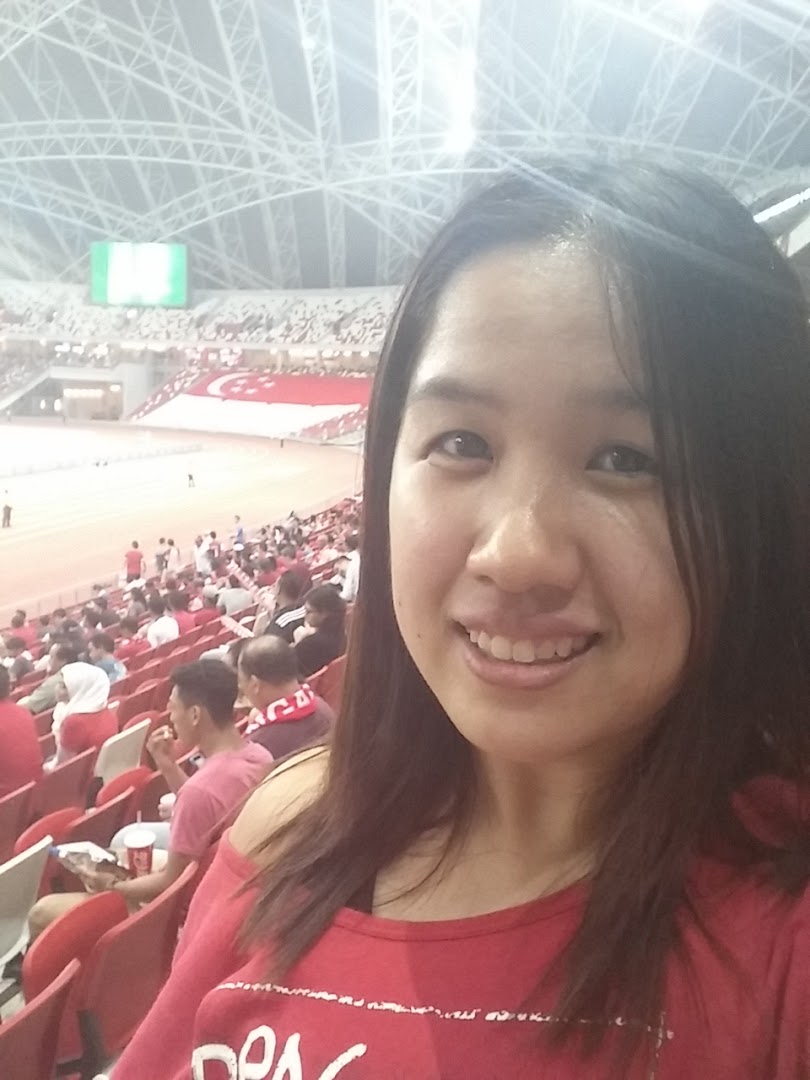 Now, are you interested to catch a live football match too?

The next match will be Singapore VS Japan on 12 November 15, Thursday and you can stand a chance to win tickets to the match by participating in a Facebook contest by Eleven Sports Network!

Simply upload a selfie of you on Facebook, show how you will support Singapore Lions and hashtag #roarwitheleven. Contest will end on 2 November 15 so go join and who knows, you might just be the lucky one!

Have a great Friday night, people! :)

Disclaimer: Event feature is based on personal experiences.